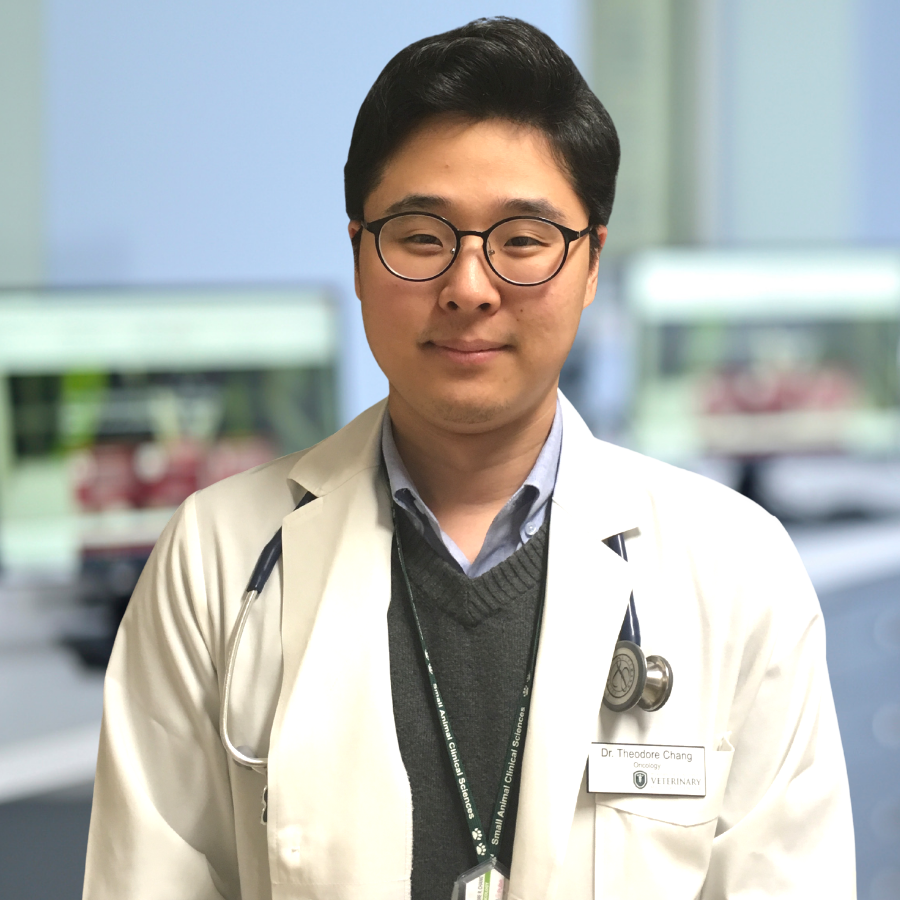 Dr. Theodore Chang was born in Florida while his father was completing his Ph.D.. His family then returned to South Korea when he was two years old. As a child in South Korea, Dr. Chang enjoyed spending time on his grandfather’s chicken farm, which is where he learned to love animals. He later returned to the United States to attend high school in New York on Long Island. Following undergrad at Boston University, Dr. Chang realized that working with animals made him happy, so he applied and was accepted into the veterinary program at Michigan State University.

In his free time, Dr. Chang loves spending time with his wife and their young daughter. When he can, he loves watching movies at IMAX theater with lots of popcorn. Dr. Chang is excited to be joining the oncology department at AERA, and is committed to fighting cancer until we find a cure!